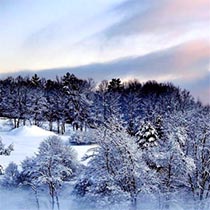 Wayne R. Bircher, 87, of Blacksburg, VA and former resident of Carrollton, Ohio died Wednesday, February 7, 2018 in Blacksburg, VA. Born in Canton, Ohio on May 31, 1930 he was a son of the late Emil and Bernice Myers Bircher. He was also preceded in death by his beloved wife Donna Shetler Bircher.

Surviving are his brother and sister-in-law Myron “Mike” and Judy Bircher of Blacksburg and four nieces and nephews.

Private services will be at a later date. Contributions in his memory can be sent to Good Samaritan Hospice, 2408 Electric Road, Roanoke, VA 24018. The Kendall Funeral Home in Pembroke, VA is in charge of the arrangements. Online condolences maybe sent by visiting kendall funeral home.com.