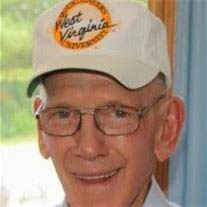 Jack was predeceased by his daughter, Maria L. Goff (Bircher). He is survived by his wife, Mary Ann Bircher, of Christiansburg; his daughter, Bernadine L. Graves, of Roanoke; his grandsons, Jonathan Goff and partner Ane Johnson, of Philadelphia, Christopher Goff and wife Rania, of Christiansburg, James Williams and his wife Becky of York, PA; granddaughter, Angela Minnich and her husband Matt of York, PA; his brother, George; sisters, Louise, Alice, Ruthie and Betty Lou; and his son-in-law, David Goff and wife Pamela of Christiansburg; as well as five great-grandchildren.

Jack lived a full and exciting life. He was raised with ten siblings in a family of ‘city farmers’. His family had six cows and sold dairy products house to house. Jack attended school through the 9th grade, leaving in 1941 to take a job as a mechanic’s helper at Cowan’s Bakery to help support the family. He had a machine accident in 1943 resulting in the partial loss of two digits on his right hand, but the accident never held him back. Jack joined the Army in April 1945 and worked as a Motor Pool Tech Sergeant in Okinawa until his discharge in October 1946.

In 1949 he married Mary Ann Hawkins and his first daughter, Maria, was born in 1950 and his second daughter, Bernadine was born in 1954. In 1969, he left the Cowan’s Bakery and started a trucking business with his father called Bircher’s Trucking. The business had five trucks, primarily hauling coal in West Virginia and Pennsylvania. In 1976, Jack went to work at Dunkard Mining in Taylortown, PA. He worked as a purchasing agent and “jack of all trades.” He worked at Dunkard Mining until 1990 when he retired after suffering a heart attack. He made a full recovery.

At the prompting of his grandson, Jonathan, Jack enrolled in a program to earn his High School Degree and graduated in 1992. In 1996, Jack and Mary moved to Christiansburg, VA to be close to their daughter Maria and her family. He enjoyed home improvement projects, travel and volunteer work (Monongalia General Hospital, Red Cross, Montgomery Regional Hospital) during his retirement. He was selected as Volunteer of the Year at Montgomery Regional Hospital in 2002. Jack was a beloved, extraordinary individual who will be greatly missed by family and friends.

The family will receive friends on Sunday, April 24, 2016, from 2-4 p.m. at Horne Funeral Home, with the Funeral Service to immediately follow in the Chapel. Jack will be interred in Beverly Hills Memorial Gardens in Morgantown, WV where there will be a graveside service at 1 p.m. on Monday, April 25, 2016.

Flowers are appreciated or you may make donations to Good Samaritan Hospice, 1160 Moose Drive, Christiansburg, VA 24073.