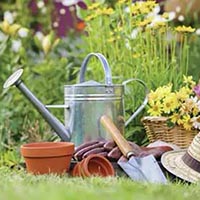 S. Wayne Bingham, 91, peacefully passed on Tuesday, 10/20/2020. Surviving to cherish his memory are his wife of 65 years, Ruby, three children and their spouses, six grandchildren and three spouses, two great granddaughters, six of his seven brothers and sisters, and numerous nieces and nephews, all who were very special to him.

He was born and raised on a dairy farm in Cleveland County, North Carolina where he learned the value of hard work and perseverance. He earned his bachelors and masters degrees from North Carolina State University and his doctorate from Louisiana State University. In 1961, Wayne and Ruby moved their home to Blacksburg, VA where he worked for 35 years as a Virginia Tech professor in plant physiology and weed science. He was a true Hokie at heart and enjoyed attending the football games every year since the stadium opened.

During his tenure at VT, he was an active member of numerous professional organizations including the International Turfgrass Society and received numerous awards for his research on turf weed control, grass growth regulators, weed control on rights-of-way, and physiology and control of specific weeds in Virginia and the Northeast. He developed a strong turfgrass weed control program which addressed the turfgrass industry needs and communicated results through a strong extension program. In 1991, he received several awards: the Northeastern Weed Science Society Outstanding Applied Research Award for turf, ornamentals and vegetation management; the Virginia Turfgrass Council R.D. Cake Memorial Award for outstanding contributions to the turfgrass industry; the Society Award from the International Turfgrass Society; and was named fellow by the Weed Science Society of America for his sustained quality programs.

He loved the outdoors, gardening, golfing, hunting and fishing. He was a true family man who enjoyed vacationing with family and friends. He was an active member of the Blacksburg Lion’s Club and the Blacksburg United Methodist Church.

Arrangements by McCoy Funeral Home, Blacksburg. You can share a favorite memory of Wayne on the funeral home’s website at www.mccoyfuneralhome.com.

In lieu of flowers, memorial donations may be made to Blacksburg United Methodist Church, 111 Church St SE, Blacksburg, VA 24060 or a charity of your choice.