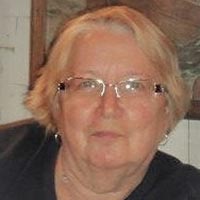 Friederike Anna Aumann Billings, age 64 of Pulaski, died Saturday, September 1, 2018 at Lewis Gale Hospital – Salem. She was born on March 1, 1954 in West Germany and was the daughter to the late Margarete Ann Zoeller Aumann and Wilhelm Eduard Aumann.

Anna, for many years, was a lovely, well-known fixture in the Deli Department of Food Lion in Pulaski.

In addition to her parents, she was preceded in death by her daughter, Karissa A. Billings and a brother Eddie Aumann. She is survived by her husband Arthur Clifford Billings, Jr., sons Arthur C. Billings, III of Miesau, Germany and Tim E. Billings of Norfolk, daughter Kathy M. Anders of Pulaski, sister Toni Weizenhoefer of Raunheim, Germany. Also survived by four very special grandchildren Hope A. Billings, Alex C. Billings, T.J. Anders and Ashleigh S. Anders.

A memorial service will be held on Monday, September 3, 2018 at The New Life Church of the Nazarene at 5:00 p.m. Per Anna’s request she selected to be cremated.