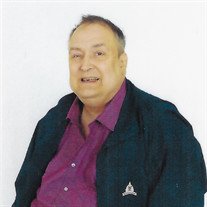 Richard Arnold Beyer, beloved uncle and brother, died suddenly February 5th, 2021. The exact cause of death is undetermined, but many friends and family believe it was too soon.

Born in Ames, Iowa, on April 26, 1954, Richard was a graduate of Blacksburg High School, Virginia Polytechnic Institute, and Florida State University, where he mastered in Engineering. He espoused golf in all forms, a supporter of various golf courses and tournaments, and was considered adept at the sport. He was an active member of Luther Memorial Lutheran Church of Blacksburg, Virginia. Richard would treat individuals with respect, regardless of personal belief, education level, or other factors. His ability to interact with people without being showy about it is a rare gift. Those whose lives he touched will carry the seeds he planted with them to others on their journey.

He is preceded in death by his parents, Dr. Gerhard Harold Beyer and Ruth Anne Beyer, and his sister Elizabeth A. Beyer. He is survived by his brother Gerhard A. Beyer (Teresa), his sister Jenni B. Oliphant (Richard), nephews Jeffrey A. Beyer, David G. Beyer (Sarah), and nieces Stephanie J. Beyer (Philip) and Tracy M. Beyer.

Services will be determined on a later date. In lieu of flowers, donations can be sent to Luther Memorial Lutheran Church, Blacksburg, Virginia. Arrangements by McCoy Funeral Home, Blacksburg.