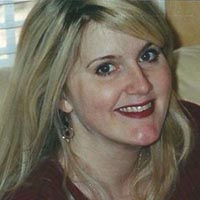 Paige had such an easy and positive energy about her that made her a friend to all who knew her. Always caring about others with genuine heart and ear, easy smile, and contagious laugh. Paige was always more interested in others than speaking of herself – she was an accomplished scholar and pharmacist, an avid reader and traveler, and true die hard Bama fan and alumnae. She was always ready to learn something new or travel on a new adventure.

Her greatest accomplishment was becoming an amazing mother to her two boys, Adam and Ben. They truly were the apple of her eye – she was always the one cheering the loudest from the sidelines. Paige brought out the best in people and they were left better knowing her. Her family will always take comfort in that.

Paige was preceded in death by her beloved father, John S. Bethea and grandmother, Delma Bethea.

Special mention to her cousin, Tony Huber; and friends, Katy Mitchell, Ann-Charlotte Dowless Hicks, and Keith Warren, who have helped the family through so much this past year.

A Celebration of her Life will be held at 11 a.m. on Saturday, August 8, 2015, at Grace Episcopal Church in Radford, Va. In lieu of flowers, Paige would have liked contributions to be made to the charity of your choice.