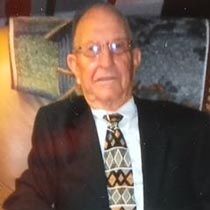 Kenneth Lowell (Kenny) Bess, 81, of Draper passed away on Friday afternoon, January 13, 2017 while doing what he loved, working in the yard and visiting family and friends.

Kenny was born in Hix, W.Va., on July 25, 1935, to parents, Jacob Houston Bess and Mary Elizabeth Carter. His family moved to Fairlawn in 1942 and subsequently attended Dublin and Radford High schools. Kenny enlisted in the United States Army in 1954. On June 12, 1954, Kenny married Peggy Louise Jennings in Draper, Va. His daughter Debbie was born while the family was stationed at Fort Bragg, N.C., and his daughter Susie was born while stationed at Fort Benning, Ga. He completed two tours in West Germany with his family. Kenny was also a combat veteran. He served in the Republic of Korea as well as tours of duty in Thailand and Vietnam during the Vietnam Conflict. He received numerous citations and commendations during his career culminating with the award of the Meritorious Service Medal upon his retirement as a Master Sergeant on March 1, 1974.

Kenny returned home to Draper and started a second career with Branch Highway in 1975 as heavy equipment mechanic and operator. Due to his exceptional work ethic and technical expertise, he was rapidly promoted to Master Mechanic. He was involved in the successful completion of numerous highway projects throughout the eastern region of the United States and subsequently retired from Branch in 2001.

Kenny’s life epitomized his love of God, country and family. After his military and professional careers, he selflessly served his community. He was an extremely active member of Draper United Methodist Church, Draper Ruritans Club, and volunteered at the Daily Bread. Kenny served on the Draper Volunteer Fire Department for over 35 years. Kenny loved staying active at home. He was always tinkering in his shop or working around the family property. Wood working was a great joy to him and he completed numerous pieces of furniture and other projects for family and friends alike. One of his greatest pleasures was buying and restoring a 1954 Ford pickup truck which he entered in many local car shows.

Over the past two years, Kenny has completely renovated his first home in Draper. Most importantly, Kenny cherished each opportunity to spend time with family and friends from hosting an annual Thanksgiving dinner to attending a grandchild’s dance recital to sharing a private conversation.