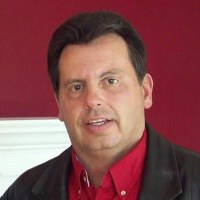 Born May 2, 1954, he was the son of Lucy Ann Vipperman Bell and the late Glen Frank Bell of Rural Retreat, VA. His daughter, Chauncey Daile Bell, preceded him in death.

Dale was an electronics technician, employed by Dalton’s TV & Computer Center in Radford, VA, of which he eventually acquired and became owner/operator. As his health declined, he moved the business to his home.

At Dale’s request, he will be cremated and there will be no service. His motto was “you preach your own funeral while you’re living” and preach it, he did. He was an avid hiker and loved being out in God’s creation. At a later date, and in honor of his request, his ashes will be spread on Mt. Rogers, Grayson/Smyth Counties, Virginia.

In lieu of flowers, the family suggests that memorial donations be made to Cedar Bluff Baptist Church, Youth Ministry, 132 Churchland Dr., Atkins, VA, 24311.

To sign the online guestbook, please visit www.bowerfuneralhome.com. Bowers Funeral Home, Pulaski, VA, is handling the arrangements for the family.