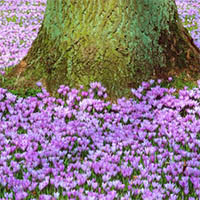 Dorothy Jean Dickason Beasley, 83, of Christiansburg, VA passed away peacefully at home on October 29, 2019. Referred to lovingly as “Dot,” Mrs. Beasley was born December 11, 1935, to the late Carrie Dickason and Russell Chapman.

Mrs. Beasley was a devoted wife, loving mother and family matriarch who led with love and kindness. Those close to her would tell you her words were always positive and encouraging. As a faithful member of Greater Mt. Zion Holiness Church in Christiansburg, she sang with the gospel group “The Approvals.” She also worked dutifully at Blue Ridge Market. She served for many years as the Director of Christiansburg Community Center where she demonstrated commitment to her community by building programs for youth and contributing countless volunteer hours, becoming like a second mother to many.

Home going services to celebrate Dot’s life will be held at 2pm Saturday, November 2 at Greater Mt. Zion Holiness Church, 385 Depot St. NE Christiansburg, VA, 24073. The family will receive friends at the church one hour prior to the service from 1pm-2pm. Arrangements by McCoy Funeral Home, Blacksburg.