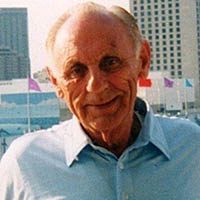 Joseph Matthew Bean, 94 of Pearisburg, VA passed away Monday, June 17, 2019 at Heritage Hall Rich Creek Nursing Home. Mr. Bean was born on February 28, 1925 in Scranton, PA and was a son of the late Frank Bean and Helen Moran Bean. Besides his parents, he was preceded in death by one brother, John and two sisters, Eleanor and Margo.

Mr. Bean attended Technical High School and the University of Scranton. He was a World War II U.S. Navy Veteran. He was a member of the Holy Family Catholic Church in Pearisburg and was a retired health claims analyst for N.A.LC. Health Benefits in Reston, VA.

He is survived by his wife of 48 years, Margie Earnest Bean of Pearisburg, sister-in-law, Kay Bean of Rockville, MD, and many nieces, nephews and great nieces and nephews.

Donations may be made to the Holy Family Catholic Church in Pearisburg.