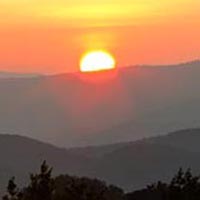 James Franklin Beamon, age 80 of Colora, Maryland, and formerly of Pulaski, died Tuesday, September 6, 2016 in Union Hospital in Elkton, Maryland. He was born on October 8, 1935 in Portsmouth, Virginia and was the son of the late Margaret Moore Beamon and James Lynwood Beamon.

Mr. Beamon was a retired Sales Associate with Good Year Tire. He was a former Merchant Marine, and a graduate of Virginia Tech and was an avid sports enthusiast.

In addition to his parents, he was preceded in death by his wife, Elizabeth Cummings Beamon and a son, James Lynwood Beamon. He is survived by a son, Frederick Franklin Beamon of Colora, Maryland, along with four grandchildren and six great-grandchildren.

Funeral services will be held on Saturday, September 10, 2016 at 11:00 a.m. at Seagle Funeral Home. Interment will follow in Oakwood Cemetery. The family will receive friends on Saturday at the funeral home from 10:00 a.m. until 11:00 a.m.

In lieu of flowers, donations may be made to the Children’s Playground Fund at Conowingo Baptist Church 151 Rock Springs Road Conowingo, Maryland 21918.