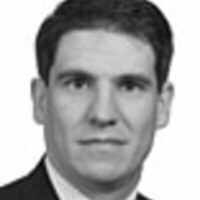 Michael Joseph Barta, 58, died unexpectedly at his home in Franklin, North Carolina on March 31, 2021. He was born March 27, 1963 in Morgantown, West Virginia. He was a 1981 graduate of Radford High School where he played football, basketball and ran track.

He was a 1985 graduate of Princeton University where he graduated summa cum laude and was inducted into Phi Beta Kappa and a 1988 graduate of Harvard Law School where he graduated cum laude. He clerked for The Honorable Jerome Farris of the United States Court of Appeals for the Ninth Circuit. He began his legal career at Miller, Cassidy, Larroca & Lewin, a renowned litigation boutique firm in Washington DC and was the youngest attorney ever to be elected as a fellow in the American College of Trial Lawyers. During his career, he served as Chair of the White Collar Crime and Corporate Investigations Groups at Baker Botts LLP before moving his practice to Dechert LLP. He served as lead counsel in high profile litigation involving an array of clients, including the Estate of Richard Nixon, the Republic of Venezuela, Samsung Electronics, NASCAR, Tomas Berdych, and Halliburton. He also taught trial advocacy at the Georgetown University Law Center. Perhaps his proudest professional accomplishment was one of the first cases on which he worked out of law school; he represented an Oklahoma man on death row for the Geronimo Bank murders and won a new trial and overturned death sentence for his client. He combined his brilliance with an unparalleled work ethic for over 30 years.

Michael was witty, generous, tenacious, determined, and a great storyteller. He was an avid basketball fan, played in a lawyers’ league in DC, and loved rooting for Duke Basketball. He also loved the Shenandoah Valley and spent happy times as a young man with friends and family at his farm in Edinburg, Virginia.

He was a proud father and recently retired to the mountains of North Carolina to spend more time with his teenage children, Jack and Katie, whom he adored. He is survived by his children, John Joseph Barta (Jack) and Katherine Elizabeth Barta (Katie), both of Franklin, North Carolina; his parents, Dr. Joseph A. and Sue Blair Barta of Radford, Virginia; his siblings, Mark Barta (Amy) of Galena, Ohio; Amy Wall (Jimmy) of Winston-Salem, North Carolina; and Laura Barta of Arlington, Virginia; thirteen nieces and nephews, and a great niece and great nephew.

Services will be held at 2 p.m. on Saturday, April 3, 2021 at the Mullins Funeral Home in Radford. Interment will follow in the West View Cemetery in Radford.

The Barta family is in the care of Mullins Funeral Home & Crematory in Radford. www.mullinsfuneralhome.com