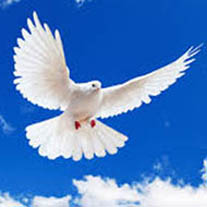 Patricia Elizabeth Ingham Barrett, 82, born to the late Gordon and Patti Ingham on February 26, 1937, went to be with her heavenly Father on November 28, 2019.

In addition to her mother and father, Pat was preceded in death by her husband, Ronald E. Barrett Jr.; sister, Alix Arlene Ingham; and two sisters and their husbands, Jean Ingham Harrison (James) and Nancy Ingham DeMasters (Jim). Also preceding Pat in death were two brothers, Gordon C. Jr. and Robert E. and his wife Rosemary.

Pat graduated from the New London Academy where she enjoyed her opportunity to play sports, especially basketball. While at New London she set numerous scoring records with 52 points in one game and averaging 36 points a game her junior year.

Upon graduating from college, she returned to her beloved New London Academy to teach physical education, health, history and government. In addition she coached softball, volleyball and basketball with winning records in each.

From there she went to Radford University where she was an educator and coach. While at Radford she taught and began the first women’s basketball team. Pat coached the women’s team for many successful and winning seasons. However, she considered her greatest success to be the impact she had on the lives of those she coached and the lasting relationships she developed.

Pat was a member of Fellowship Baptist Church in Riner, VA, and a devoted Ladies Bible Study and Sunday School Teacher.

Pat leaves behind M. Elaine Smith, a friend of 49 years; nieces and nephews; as well as an abundance of beloved friends, students and colleagues.

In lieu of flowers please make donations to Gideons International or to Mike Wingfield Ministries.