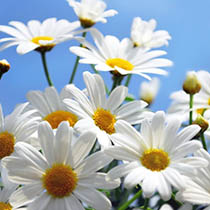 Peggy Paulette Stafford Barnett, 83 of Pearisburg, VA went to be with the Lord on Sunday, March 25, 2018 at Giles Community Hospital in Pearisburg. Peggy was born on August 4, 1934 in Giles County, VA and was a daughter of the late Paul Dills Stafford and Mary Margaret Stafford. Besides her parents, she was preceded in death by one daughter, Paula Gail Robertson.

Peggy graduated Pearisburg High School, class of 1952 and graduated from National Business Collage in Roanoke. She retired from the Celanese Corp. in Narrows, was a lifetime member of the First United Methodist Church in Pearisburg and was a past Worthy Matron of the Order of the Eastern Star in Pearisburg. Peggy devoted her life to her family, friends, community and her church.

Funeral services will be conducted Wednesday, March 28, 2018 at the First United Methodist Church in Pearisburg at 1pm with the Rev. Dr. Brian Burch and the Rev. Dr. Fred L. Austin officiating with burial following in the Birchlawn Burial Park in Pearisburg.