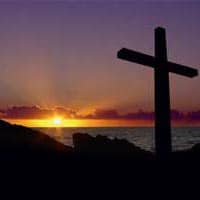 Agnes Jones Barlow, 81 of Pulaski died on Monday night after suffering from deteriorating health. Even though she suffered greatly and struggled for her next breath she still remained faithful and praised her God often.

She was preceded by her beloved husband John William Barlow as well as her parents; Richard Lee Jones and Virginia Mae Jones. She will also be rejoining her daughter in heaven; Dinah Hodge as well as a sister; Charlotte Saunders and brothers; Johnny Jones, Bobby Jones and Donnie Jones. She is also preceded by a granddaughter; Mona Nunn.

Left to cherish her memories and continue her legacy are a Daughter; Linda Farris and a son; John (Susan) Barlow. She is survived by her sisters; Peggy Jackson, Shirley Hall and Thelma Jones, all of whom reside in Pulaski County. She is also survived by two brothers; (Joyce) Jones and Jackie (Charlotte) Jones.

A Graveside Memorial Service will be held at 2:00 on Saturday in Oakwood Cemetery officiated by Jeff Martin.

The family is in the care of Norris Stevens Funeral Services in Pulaski. To send condolences, please visit our website at www.stevensfuneralhomepulaski.com