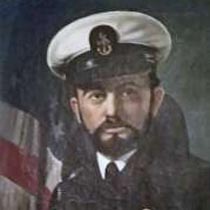 Eugene Bruce Barfield (Gene), 81, of Goodview and Newport, departed this life Sunday evening, April 3, 2016 at home in the care of his family. Born in Hollywood, California on December 4, 1934, he was a son of the late James Alf and Katherine Manelle Brady Barfield.

Gene was a twenty year veteran of the U S Navy serving as a photographer, retired from the forest service as an archeologist, and enjoyed working at the Roanoke City Market with his friends. He was preceded in death by his parents, his son Eugene Bruce Barfield, Jr. (Bill), his daughter Misty Dawn McIntyre, and his sister Kathy Barfield.

Memorial arrangements will be announced at a later date. The Kendall Funeral Home in Pembroke is in charge of the arrangements. Online condolences may be sent by visiting kendallfuneralhome.com.