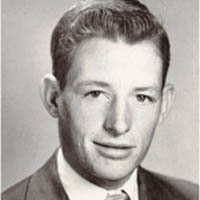 Reggie was of the Baptist faith and was a U.S. Marine Corps Veteran. He attended the WV Business College in Bluefield, WV, and worked at the Leas & McVitty Leather Plant in Pearisburg, VA, and the National Gypsum Lime Plant. Later, he was a self-employed appliance repairman. He loved hunting and fishing, and enjoyed sports, especially the VA Tech Hokies.