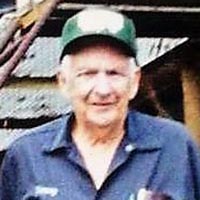 Thomas Graham Baker, Sr., 80, passed away on July 5, 2016 at the Skyline Nursing and Rehabilitation Center in Floyd, Va. Baker was born in Pulaski County the son of the late Dailey Graham Baker and Lucretia Gerberich Baker.

After retirement from RAAP, Tom continued working at his business, Baker’s Garage in Draper, as well as serving as a member of the Draper Volunteer Fire Department for many years.

The family will receive friends from 5 until 7 p.m. on Friday, July 8, 2016 at Stevens Funeral Home in Pulaski, Va. A graveside service will be held at 11 a.m. on Saturday, July 9, 2016 at Highland Memory Gardens in Dublin, Va. with Rev. Earnest Chinault officiating.

Stevens Funeral Home in Pulaski is serving the family.