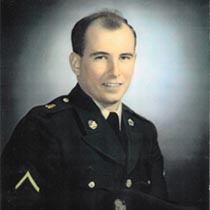 He was also preceded in death by his brothers Floyd, Melvin, and George Baker; his sisters Bernice Treinen and Helen Asbury. Joe is survived by his wife of 46 years, Pat; son Jeff and wife Sheila, granddaughter Sydney; son Jason and granddaughters Kyah, Nevaeh, and Priya.

He served in the U.S. Army Signal Corps as a microwave radio instructor. His hobbies included amateur radio and designing electronic circuits.

Visitation with friends will be held on Tuesday, September 13, 2016 from 4 to 6 pm at McCoy Funeral Home, 150 Country Club Drive SW, Blacksburg. At his request, no other services are scheduled.

In lieu of flowers, donations may be made to the Blacksburg Volunteer Rescue Squad, 1300 Progress Street NW, Blacksburg, Va. 24060. Arrangements by McCoy Funeral Home, Blacksburg.