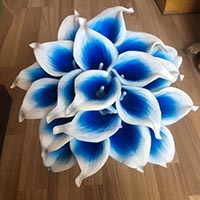 Following a 16 month battle with cancer, fought with courage, dignity and humor, Sheri Lane Davis Bailey, 50, passed victoriously through the Gates of Heaven safely into the arms of Jesus on Wednesday morning, July 2, 2008, at Wake Forest Baptist Medical Center in Winston-Salem, N.C.

Sheri was born in Pearisburg, Va., on July 23, 1957, to Thomas J. and Linda C. Davis. After attending and graduating from public schools in Pearisburg, Sheri obtained a degree at Wake Forest University. Finishing her education at the National Paralegal Institute in Atlanta, Ga., she began her career as a legal assistant with a local law firm during which time she met and married David W. Bailey Jr. Most recently she was employed at Firm Logic, from which she has received great support and love throughout these last 16 months.

She and David were blessed with two sons, Wes III, a 2008 graduate at R J Reynolds High School and George, a rising senior at Reynolds this fall. These boys were the love of her life and she devoted herself to guiding them through the challenges of the teenage years. Sheri was active at Centenary United Methodist Church. In addition to regular services, she loved to attend the Wednesday Power Lunches.

In lieu of flowers, the family requests any memorials be made to Department of Oncology, WFU School of Medicine, Medical Center Blvd., Winston-Salem, N.C. 27157-1021. A special thanks to Dr. Glenn Lesser and the staff at the Comprehensive cancer Center at Baptist for the wonderful care and love shown to Sheri and her family.