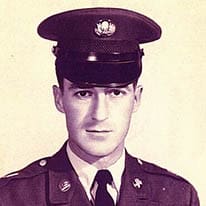 David Troy Bailey of Pearisburg, Virginia departed this life on April 2, 2022 in the care of Waddell Nursing and Rehab. Born in Glen Fork, WV on July 24, 1939 he is a son of the late Gay Bailey.

David served his country with pride as a MSG in the United State Army. During his service, he did two tours of Vietnam and a tour of Korea earning the Bronze Star Medal, Army Commendation Medal, National Defense Service Medal, Vietnam Service Medal, and various other awards. He also served various duties in his 21 years of service. He would later continue serving his country this time in Montgomery County ensuring Maintenance in all public facilities. David later fell in love with his wife, Barbara Stafford Bailey to whom he has been married for over 36 years and who he still wrote letters to each day.

Left to cherish his memory to their hearts are his wife, Barbara Stafford Bailey; a daughter, Teresa Hedrick and her husband, Todd; grandchildren, Courtney, Chad, Tiffani, Greg, and Noah; two great-granddaughters Charlotte and Autumn McCarthy; two stepsons, Steve Graham and wife Leslie, and John Stafford; and many loved ones and extended family including a loving pastor and church family at Grace Baptist Church in Dublin, Virginia.

There will be a funeral service conducted Thursday, April 7, 2022 at 11:00 AM in Grace Baptist Church with Pastor Doug Testerman officiating. Funeral services with military honors will conclude in the Southwest Virginia Veterans Cemetery. The family will receive friends on Thursday, April 7, 2022 from 10:30 AM until 11:00 AM in Grace Baptist Church. A guestbook is available to send condolences by visiting www.kendallfuneralhome.com. The staff of Kendall Funeral Home are honored to serve the Bailey Family.