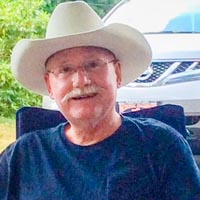 Danny Steven Bailey passed away on June 2, 2021 in Lewis Gale Montgomery Hospital at the age of 63 due to long term health complications. Danny was born on July 5th, 1957 in Memorial Hospital, Princeton, WV, to Hersell and Ruth Bailey.

Due to Hersell’s career in the Navy, Danny along with his mother and his siblings Jerry, Peggy, and Barry, spent a large portion of their childhood moving around the country, living anywhere from Jacksonville, Fl to Honolulu Hawaii, where the brothers were frequently known to come home scraped and bruised from honest tussles with the local Islanders. When the siblings were of about high school age, their father retired from the Navy and the family moved back home to the New River Valley.

Back in Giles County, Danny attended Narrows High School where he proudly played football for the Green Waves on his way to graduating in 1975. Danny went to work straight out of high school and would later earn an Associate Degree from New River Community College. The education propelled him into a career working as a mechanical engineer, the longest stent of which was working for Ingersoll Rand in Roanoke, VA.

Danny married Regina Dawn Cox in 1990, daughter of Lynwood and Yvonne V. Cox. The couple went on to build a home in Botetourt County and subsequently raised two healthy boys. Throughout his life, Danny was known for his generous smile and loving nature. Unless someone had eyes for his older sister or demeaned his uppity little brother, Danny would receive any new acquaintance with kindness and love. His frequent and incessant recollection of the memories he made with those people showed how much he loved them all until the end.

Danny is preceded in death by his father, Hersell Odell Bailey; and a sister, Alma Susan Bailey

Danny will be laid to rest alongside his father in Fairview Cemetery, Narrows, Virginia, during a graveside service on Tuesday, June 8, 2021 at 1:00 PM open to any family, friends, or past acquaintances who wish to pay their respects, with Pastor Terry Easter officiating. Any family and friends in attendance, or any who could not attend the ceremony, will be welcome to join the family following the service. There is a guestbook available by visiting www.kendallfuneralhome.com. The staff of Kendall Funeral Home are honored to be serving the Bailey Family.