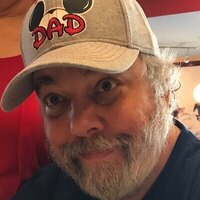 Gerald “Jerry” Leslie Baber, 70, of Radford, Va., took his last breath on this earth and returned to the Lord on Thursday, May 20, 2021. Jerry was born March 4, 1951 to the late Charles W. Baber Jr. and LaRue Koogler Baber of Waynesboro, Va.

Jerry proudly served in the U.S. Navy as an Aerographer’s mate AG2 from 1971-1975, where he was stationed at NWSED Midway Island and Fleet Numerical Weather Center- Monterey, Calif. After an honorable discharge, he graduated with a BFA in Photography from Ohio University. Jerry was the former medical research photographer at the Virginia-Maryland Regional College of Veterinary Medicine for 29 years and opened his own business, Baber Photography NRV until 2015, when he retired.

Jerry was described by many to have the kindest and warmest soul with his witty and dry sense of humor. He was deeply devoted to his family and a true animal lover. He loved the Lord and often would send words of encouragement to those who needed them. Jerry found beauty everywhere he traveled and had this amazing talent to share that beauty through his photography. One of the things he enjoyed talking about the most was his time in the U.S. Navy and living on Midway Island from 1972-1974. He loved to share his photography work with others, especially of nature and the goonie birds of Midway Island. Jerry is no longer suffering and is soaring high with the goonies and having the best reunion of his life with his parents, brother, and late friends. From his family: We’ll keep you in our hearts, until we meet again. From his Midway Island Naval family: Fair winds and following seas, shipmate. We have the watch.

The family will receive friends from 1 until 2 p.m. on Tuesday, May 25, 2021 at the Mullins Funeral Home in Radford. Graveside services with full military honors will follow at 3 p.m. at the Southwest Virginia Veterans Cemetery, 5550 Bagging Plant Rd, Dublin, VA.

The family would like you to “pay it forward” to others with love and kindness.

The Baber family is in the care of Mullins Funeral Home & Crematory. www.mullinsfuneralhome.com