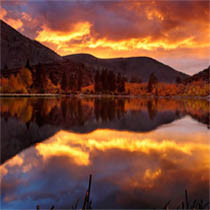 Harold Leroy Austin, 74 of Check VA, passed away Thursday November 23, 2017. He served his country in the Virginia National Guard and was a member of Havens Chapel United Methodist Church. He was preceded in death by his father Elmon Austin, brother Eddie Austin and beloved granddaughter Kassidy Foster. He is survived by his wife of 53 years Kitty Austin, two Daughters Cathy (Paul) Howell, Tammy (Danny) Foster, three very special granddaughters Courtney Foster, Sarah Howell, Nichole Howell, mother Margie Beckelheimer, two brothers Leon Austin, Gerald Austin, sister Loretta Austin, several nieces, nephews and cousins. Funeral services will be Monday November 27, 2017 at 11:00 am at Havens Chapel United Methodist Church, with pastor Darren Landon officiating, interment will follow at Wilson cemetery. Friends may call after 6:00 pm on Sunday November 26, 2017 at Gardner Funeral Home where the family will be from 6-8:00 pm. Online condolences may be made at http://www.garnderfuneralhomefloyd.com or on Facebook @gardnerfuneralhomefloyd. In lieu of flowers donations may be made to the Carilion Foundation or Children’s Miracle Network. The family is being served by Gardner Funeral Home.