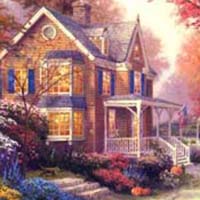 Agatha D. Austin, age 101, of Check, passed away March 5, 2016, in Skyline Manor Nursing Home. She was preceded in death by her husband, Burton Austin, and a daughter Faye Babcock.

Funeral service will be held Wednesday March 9, 2016 at 11AM at Havens Chapel United Methodist Church with Pastor Darren Landon officiating. Interment will follow in Restvale Cemetery.

Visitation will be held Tuesday, March 8, 2016 at Gardner Funeral Home from 6 until 8 PM.

Online condolences may be made at www.gardnerfuneralhomefloyd.com. The family is being served by Gardner Funeral Home (540) 745-2007.

In lieu of flowers, the family asks that a donation be made to the Havens Chapel United Methodist Church, 1522 Daniels Run Rd NE, Check, VA 24072.