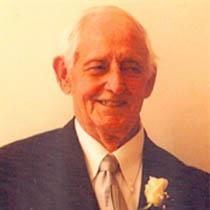 Garland C. Atkinson, 85, of Christiansburg, passed away on April 4, 2016. He was born on June 8, 1930, in Shawsville, Va. He worked at Radford Army Ammunition Plant for 36 years and served as a foreman in the NG area.

He was a faithful member of Faith Christian Church for over 20 years and served as a deacon and elder. He has been a member of Alleghany Church of Christ for 4 ½ years.

The family would like to thank Carilion Hospice caregivers and the Lewis Gale Montgomery doctors and nurses for their care of Garland.

The family will receive friends on Wednesday, April 6, 2016, from 6-8 p.m. at Horne Funeral Home. The Funeral Service will be held on Thursday, April 7, 2016, at 2 p.m. in the Horne Funeral Home Chapel, with Rev. Porter Riner officiating. Interment will follow in Roselawn Memorial Gardens, Christiansburg.