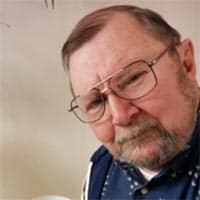 Rev. Dr. Kenneth Alton (Ken) Atkins passed away in his sleep at his home in Fairlawn, Virginia on Sunday, July 21, 2019. He was 71 years old. After surviving war, heart attacks, erlichiosis, and metastatic melanoma, Ken’s ultimate cause of death was a blood clot that traveled from his leg to his heart. He was a peaceful warrior, a devilish angel, a devoted husband and father, and a beacon of hope and comfort to the people whose lives he touched.

Ken was born in Durham, NC on September 18, 1947 to Josiah Alton Atkins and Edna Ruth Wheeler Atkins. He grew up among his many aunts, uncles, and cousins on Atkins family land on the outskirts of Durham. He was a mischievous boy, playing pranks on his family, especially his only sibling, Karen, who was born in 1951. He was known as much for helping with the family chickens and vegetable gardens as for dressing up like Superman and launching himself off the roof of the house and leaving flaming bags of poop on a mean neighbor’s doorstep. As a boy, he and his family were active in the Gospel Center in Durham, and his passion for serving God and humanity was sparked there. In high school, he became interested in audio/visual media and served as a student media assistant. He joined the local rescue squad as a teenager, first in first aid and later as part of the Civil Air Patrol, and was an Eagle Scout. He was also active in ROTC. He played defensive safety for the Charles Jordan Falcons and graduated with honors in 1965.

A Tarheel, born and bred, he lovingly bashed Duke at every opportunity. Ken went to college at the University of North Carolina where he studied Radio, Television, and Motion Picture Production. He met his first wife, Dorothy Morrison, when he was a college junior and married her in 1969. He first developed his lifelong love of coffee (two or more pots a day) during college while balancing a full-time class load and a girlfriend who went to school in the next town over, while also filming UNC basketball games that went long into the night. After college, Ken worked for a short time with Chesney, a local media production company, before joining the Navy. He served two tours in Vietnam mostly on supply ships that traveled up and down the Mekong River. His love of coffee was only strengthened by overnight scouting duty and “recovering” from shore leave. He never had a biological brother, but he considered all veterans his brothers and sisters.

After his return from Vietnam, Ken used the GI Bill to earn his Master’s Degree in Film and TV Production at UNC. Ken and Dorothy had a son, Anthony Blake (Tony) Atkins in 1972, named after their favorite pizza place and the poet William Blake. Ken, Dorothy, and Tony moved to Blacksburg, Virginia where Ken was the head of Film and Television Production at Virginia Tech for a few years. Ken and Dorothy separated in 1977 and divorced in June of 1978.

After “a month off” of marriage “for good behavior,” as he put it, he married ElisaBeth Hale Teilmann (Beth) on July 8, 1978. After their wedding, they moved to Hollywood, Florida where he worked in public media at Miami-Dade Community College. Ken and Beth’s first child, Kendra ElisaBeth Atkins (-Boyce), named for both of her parents, was born on Father’s Day in 1980. He decided that his new daughter’s birth was a good reason to quit coffee and switch to herbal tea but came dragging back to coffee when he realized the herbal tea he was drinking was chamomile.

Soon after Kendra’s birth, Ken heard the call to ministry and moved the family back to Virginia where he attended Union Theological Seminary in Richmond and their second child, Samuel Josiah Johan John (Sam) Atkins was born in 1982. He earned his Doctorate of Divinity (Rev. Dr.), was ordained as a Presbyterian minister, and rejoined the military as a Chaplain in 1984. He was stationed in Twenty-Nine Palms, California, Pearl Harbor and Kaneohe, Hawaii, and Bremerton, Washington before being discharged from the Navy in 1991. He served as the minister of Northview Presbyterian Church in Danville, Virginia for two years, before moving to Blacksburg again in 1995 in order to give his children a home base near their grandparents, cousins, and aunts and uncles. He worked with his brother-in-law Joe Trice for a few months doing school fundraisers before joining New River Community Services (NRCS) as a hospice chaplain.

After decades of moving around and being deployed on Navy ships, he resided in the New River Valley from 1995 until his death. He served in several capacities during his time in the NRV: as a hospice chaplain with two organizations, an interim minister at Oak Hill Presbyterian Church, and an access worker with NRCS. For the past six years, he was a hospice chaplain with Intrepid Home Health in Radford, Virginia, visiting dying people and ministering to their families throughout the area. He recently shared a night out at karaoke with his Intrepid co-workers and his sister and sang Backstreet Boys songs at Joe and Evalin’s Fourth of July celebration. He was working on a Willie Nelson song for his next karaoke night.

Living in one place did not dampen Ken’s traveler’s spirit. He relied on a big heart, an open mind, and a cursory grasp of high school French during his travels to Russia, Southeast Asia, Europe, and the Samoan Islands during his military service and beyond. Never one to sit still, Ken was planning a trip to visit Tony’s family in Amsterdam next month and Kendra’s family in Portland, Oregon for Christmas.

During his life, he performed countless weddings and funerals. He even performed his Father Joe’s funeral in 1992 and his mother Ruth’s funeral in March of this year. He was also proud to perform Kendra’s wedding to Steven Boyce in 2006 and Sam’s wedding to Ashley Burress Atkins in 2017. He could crank out a church program or a sermon in minutes, but his real passion was sitting with people and giving them hope that things would get better. He knew firsthand the need for hope in the darkness, and he conveyed it with his words, his sparkling blue eyes, his smiles, and his bear hugs.

He was a devoted son, driving to North Carolina every other weekend for years to spend time with his mother. He was a loving husband who brought Beth tea in bed every morning that they were together. He was an enthusiastic father who discussed classic movies with Tony, shared mystery novels with Kendra, and told war stories to Sam at bedtime. He never stopped teasing Karen.

He is survived by his wife of 41 years, Beth, his sister Karen, his three children, Tony (Elaine), Kendra (Steve), and Sam (Ashley), and three grandchildren Karys Boyce, Phillip Oliver-Atkins, and Saryn Boyce. He also leaves behind a special cousin-daughter, Geana Welichko (Anthony) and her children Jessica, Natalya, and Kevin; a friend-daughter, Chasity (David) Culbertson and her four children Chad, Breanna, Dawson, and Autumn who all called Ken “Pops”; and numerous cousins, in-laws, nieces and nephews, friends, and colleagues. He is preceded in death by his parents, his in-laws, Gunnar Johan Teilmann and Wava Genevieve Hale Teilmann, of Blacksburg, his former brothers-in-law Phillip and Ray Morrison, and many aunts, uncles, cousins, comrades, friends, and patients.

The family would like to thank Dr. McCoy and his staff for their loving care during Ken’s recent treatment for metastatic melanoma, the VA doctors and nurses for their ongoing care, and the many friends and family members who have reached out to show their support.

Services will be held at McCoy Funeral Home in Blacksburg, Virgina. The visitation is scheduled for Sunday, July 28 at 6:00 pm, and a funeral is planned for Monday, July 29 at 6:00pm. The family welcomes flowers, but you can also show your appreciation for Ken’s life by making a donation to your favorite charity, going somewhere you’ve never been, or performing a random act of kindness.