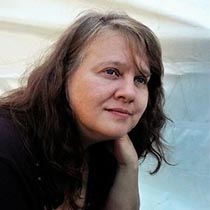 Denise Ferguson Atkins, 46, of Pilot, Va., passed away on Friday, March 9, 2018. She was born in Henderson, Nev., and grew up in Roanoke County, Va. Denise was a resident of Elliston, Va. for 17 years and Floyd, Va. for the past three years. She was preceded in death by her sister, Renee Ferguson. Denise is survived by her parents, James and Joan Ferguson; brother, Damon Ferguson and wife, Lori; brother, Kevin Ferguson and wife, Ginny; five nephews; and two nieces. She is also survived by her husband of 20 years, Tommy Atkins; son, Jeremy Atkins; daughter, Angela Freeman and husband, Patrick; daughter, Heather Durham and husband, Matt; and grandchildren, Dallas, Chloe, Kaitlyn, Mattilyn, Cheyenne, and Mckenzie. A Visitation will be held from noon to 2 p.m. on Thursday, March 15, 2018, at Oakey’s South Chapel. Interment will follow at the Ferguson Family Cemetery. Online condolences may be made at www.oakeys.com.