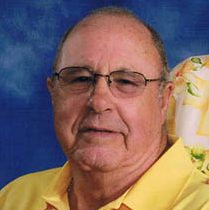 Clyde Junior Atkins, 78, of Curve Rd. Pearisburg, went to be with the Lord on Saturday, June 4, 2016 at his home. Clyde was born on November 12, 1937 in Vivian, W.Va. and was a son of the late Earnest Eugene and Mary Jane Wilson Atkins.

Funeral services will be conducted at 11 a.m. Thursday, June 9, 2016 at the Rich Creek First United Methodist Church in Rich Creek, Va. with burial following in the Birchlawn Burial Park in Pearisburg. The family will receive friends Wednesday evening at the Givens Funeral Home from 6 to 8 p.m.

The family requests that in lieu of flowers, contributions be made to the Rich Creek First United Methodist Church. Full military honors will be provided by the United States Army. Online condolences can be sent to the family at givensfuneralhome.com.