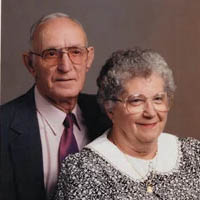 The family would like to express gratitude to Dr. Sowinski and the staff of Heritage Hall for their loving care.

In lieu of flowers memorial donations may be made to New River Agency on Aging toward home delivered meals, nrvaoa.org/contributions, New River Valley Agency on Aging 6226 University Park Dr. Suite 3100, Fairlawn, Va. 24141 or a charity of your choice.