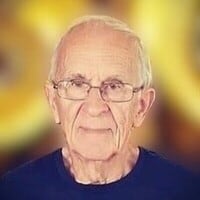 Born at home on September 25, 1937 near Lairdsville, Pa. (although birth certificate dated 9.27.37). The son of Grant and Jean (Harding) Arthur. A graduate of Hughesville High School, he later attended Elizabethtown College where he was an officer with the campus police department. Mr. Arthur held a B.A. degree from Davis and Elkins College. He lived in 7 states over the years and visited over 40.

He was a member of John F. Laedlein Lodge No. 707 F.&A.M., The Valley of Williamsport Scottish Rite Bodies and Irem Temple A.A.O.N.M.S. of Wilkes-Barre, PA.

Mr. Arthur and his family traveled for two years doing volunteer work full-time. Prior to this he was involved in home construction and operated his own businesses. He worked for an international company throughout central Pennsylvania for 15 years in the 1960-70s and was well-known to many. He also owned and operated a theme restaurant until he was injured in an accident in the 1980s.

A history “nut” he wrote and published articles in Now and Then magazine. His interest in genealogy and history gave rise to many stories he created for family and friends.

A frequent outspoken activist in Ohio and Iowa where he represented the voice of the average American in local concerns pertaining to health and safety issues.

A popular lay preacher in multiple Ohio churches. He was devoted to the gospel, common-sense, and non-political correctness.

Always an inquiring mind, he collected photographs and information on a clandestine grave of a civil war veteran located in the woods near Montgomery, Pa. This work is quoted by the Sun Gazette in later years.

He loved his family completely.

Comfort is found in these words:

Following the wishes of the deceased, a private family service will be held at Mullins Funeral Home in Radford, Va. later this month. In lieu of flowers, please consider donating to Shriners Hospitals for Children (https://lovetotherescue.org/), your local masonic lodge, or planting memorial tree(s) in the Appalachian Forest (www.thetreesremember.com/memorial-trees). Chet was also an avid believer in preparedness so please take this opportunity to ensure your family has enough food and medical supplies on hand for 3 days in case of emergencies.

The Arthur family is in the care of Mullins Funeral Home & Crematory in Radford.