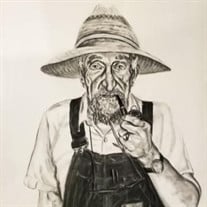 Leon J. Arp, Ph.D., of Blacksburg, Va., died on July 23, 2021, after a long illness. He was born in Norway, Iowa, on June 30, 1930, to Hugo and Leova (Schmidt) Arp, the oldest of five children. After graduating from Walford High School in 1948, he spent four years in the U.S. Air Force serving in air reconnaissance during the Korean War at Itazuke Air Base in Japan.

Arp earned a Ph.D. from Iowa State University, Ames, and served as a professor emeritus of Mechanical Engineering at Virginia Tech Blacksburg for 25 years and earning numerous distinctions in his field for teaching and research.

He is best known for developing the Arp Respirator in the late 1960s, designed for infants experiencing respiratory distress syndrome, at the time the leading cause of infant death in the first week of life. The device is credited with saving hundreds of infants’ lives and was profiled in a 1970 photo essay in Life magazine. Arp continued to innovate throughout his career and held more than 25 patents.

In his retirement, Arp enjoyed many hobbies including photography, traveling and green-thumbing at his home greenhouse growing cacti, orchids, and miscellaneous tree varieties.

He was preceded in death by a son, William. He is survived by his wife of 66 years, Kathleen; his children, Nicholas, John and Joseph; and eight grandchildren and one great granddaughter. He also is survived by a sister, Mrs. Joseph Tuttle of Cedar Rapids, Kenneth of Amana, Regis of Fairfax and Allen of Palo; all residing in Iowa.

A funeral mass will be held Tuesday, August 03, 2021 at 11 a.m. in St. Mary’s Catholic Church with Father John Asare officiating followed by a private burial at Westview Cemetery. The family will receive friends Tuesday from 10:15 a.m. until service time at the church. Arrangements by McCoy Funeral Home, Blacksburg.