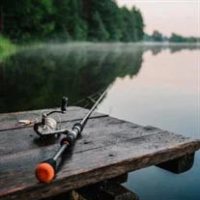 Hunter Jackson Arehart, 86, of Snowville, passed away on December 19th in the comfort of his home, surrounded by his family and friends. Hunter Arehart was born in Stuarts Draft to Harry and Buelah Arehart on December 20th, 1932.

He went to school at Wilson Memorial High School in Fishersville, VA. He married Shelva Benson on February 24 th , 1954 in Augusta County and was happily married for sixty five years.

He worked various jobs throughout his career starting at Dupont. He then served in the U.S. Army for two years. He then returned to industry starting at General Electric, where he learned the trade of a machinist and later moved up to quality inspector. He later moved to Pulaski where he worked at Xaloy as a quality inspector, then moving up to executive vice president/manager where he retired after twenty years of service. He then became a general contractor where he built several houses, additions and restorations for twenty-five years. He was a member of Draper’s Valley Presbyterian Church where he served as a deacon for many years.

Hunter is preceded in death by his parents Harry and Buelah, six brothers Hollis, Homer, Eddie, JT, Leo and Kyle and one grandson Jason Arehart.

Visitation will be 4:00 to 6:00 pm Sunday, December 22nd at Stevens Funeral Home in Pulaski, VA. Funeral services will be held at 11:00 am Monday, December 23 rd at Draper’s Valley Presbyterian Church with the Rev. Robert E. Davis officiating. Private family burial will
follow at the church cemetery.

In lieu of flowers, it is the families wish that donations go to Draper’s Valley Presbyterian Church.

The family of Hunter Arehart wishes to extend our sincere thanks to Carilion Radford Hospice and many friends who stopped by to show support in our time of need.