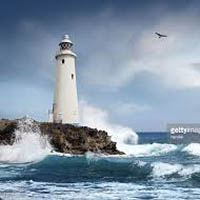 Known as “Pop” to his beloved family, he lived with a curiosity and intensity that made him truly a Renaissance man. Pop could discuss the intricacies of the modern GPS system or heat transfer in fluids, enjoyed the Metropolitan opera and Italian art, and hiked the mountain trails of Glacier National Park in Montana, among many others.

Pop came from humble beginnings in Williamsport, Penn. He was born on June 4, 1935 to his mother Helen Antonio and father Anthony Ignatius Antonio, Sr. Pop attended Columbia University from 1953-1958 on a Navy ROTC scholarship, and double majored in chemistry and chemical engineering. During his time as a student, he was a proud member of BETA Fraternity and the Columbia wrestling team. After graduating in 1958, he went on to serve active duty in the United States Navy for three years.

Pop spent his professional life as a chemical engineer in New Jersey for over 40 years and retired from Fabricated Plastics in 1995 as CEO. Following his retirement, he moved to Blacksburg where he became a devoted fan of Virginia Tech wrestling and Hokie football. Pop enjoyed sharing his love for music, art, science, and history with his children, grandchildren, and friends, and was their biggest champion in life.

Pop married the love of his life Carol Antonio (Jones) and spent a life of 36 wonderful years together.

Pop was preceded in death by his son James Ilnicky. He is survived by his family; his wife, Carol; his son, Frank Antonio and his wife Karen; daughter, Jenny Antonio and her son Sean; his son, Scott Ilnicky and his wife Helen, and their children Henry, Caroline, and Malcolm; and his daughter, Beth and her husband Jake, and their children Zeke, Caleigh, Amelia, and Connor.

Up until his death, Pop was active outdoors regardless of weather, renting books from the library and continually planning trips to see different parts of the country and world. He will be dearly missed by all those who had the opportunity to meet (and be lectured) by him. A visitation and memorial service will be taking place Saturday, March 30, 2019 at Christiansburg Presbyterian Church. Visitation will begin at 1:00 pm and services will follow at 2:00 pm.

The Antonio family is in the care of Mullins Funeral Home & Crematory in Radford. www.mullinsfuneralhome.com