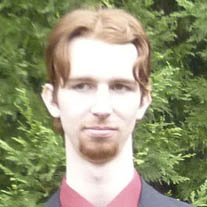 Nick earned the rank of Eagle Scout in 2010, and graduated later that year from Tallwood High School. At Virginia Tech, Nick served as President of the Astronomy Club and also was an avid member of the Back Bay Amateur Astronomers. He earned various astronomy awards, including the Master Observer Award and the Messier 400 Award.

Nick’s passion for astronomy can be viewed via his active website at www.MessierThanAComet.com.