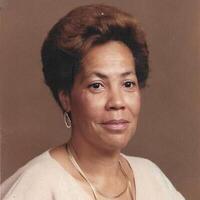 Annette Anderson was born on February 18, 1942, the daughter of Aaron Albert Anderson and Margaret McClanahan Anderson Lee, in Pulaski, Virginia. Annette departed this life to be with our Lord and Savior Jesus Christ , on May 16, 2021 at home, surrounded by family.

Annette was a lifelong resident of Pulaski, Virginia but moved to the Montgomery County area in 1997. Annette was known by many of her nieces as “Muffin”. As a child, Annette attended Calfee Elementary Training School in Pulaski and attended Christiansburg Industrial Institute (CII) in Christiansburg, Va. Miss Anderson later was a member of the Virginia State Federation of Colored Women’s Club, Junior Women’s Civic Club, pass Grand District Deputy Organizer OES of Va, PHA, District 24, Community Foundation Garden Club Treasurer of Christiansburg, Va, held various positions with the CII Alumni, long time member of the Democratic Committee of Pulaski, and Lifetime Member of the NAACP where she also worked with both youth groups and strategic planning committees. Annette was employed at Radford Arsenal for a number of years and retired from Volvo North America in 2007, where she worked in the Logistics Department. As a young child, Annette attended Clarks Chapel United Methodist Church, which is now Randolph Avenue United Methodist Church of Pulaski. After moving to Christiansburg, Virginia, Annette became an active member of Asbury United Methodist Church. Annette loved to travel, dance, knit, crochet, and loved her special visits with her grandchildren, family and friends.

A funeral service will be held Saturday May 22, 2021 at 1pm at Randolph Avenue United Methodist Church in Pulaski, VA.