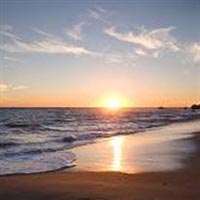 Survivors include his wife, Olivia B. Altizer and sons, Jaden L. and Wesley L. Altizer, all of Radford; parents, Alvie J. and Patricia Bean Altizer of Christianburg; aunt, Diana Lambert of Christiansburg; brother-in-law, Chad Bain of Christiansburg; sisters-in-law, Tammy (Randy) Pannell of Fairlawn, and Kimberly Davieds of Spartanburg, S. C.; and several other nieces and nephews.

Graveside services will be held at 2 p.m. on Sunday, February 19, 2017 at Sunrise Burial Park in Radford with Rev. Michael Bond officiating.

The Altizer family is in the care of Mullins Funeral Home & Crematory in Radford. www.mullinsfuneralhome.com