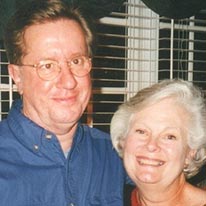 Roley was with Dominion Bank in Roanoke, Va., when they were bought by Bank of America in Charlotte, N.C. Roley accepted an offer to work for them and moved his family to nearby Davidson, N.C, where they lived for twenty years.

Due to a bicycle accident Roley retired early. He and Eve moved back to Roanoke, in December 2012.

There will be a family celebration of Roley’s life on the Blue Ridge Parkway where he and Eve loved to hike, and picnic.