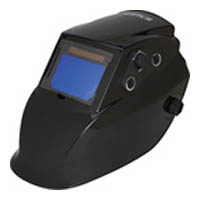 James Earl Altizer, age 73, of Pulaski, died Friday, November 23, 2018 at his residence. He was born on April 27, 1945, and was the son of the late Verdie Gilmwater Altizer and Highly R. Altizer. James retired as a welder for Bucyrus in Pulaski after 40 years of dedicated service. In addition to his parents, he was preceded in death by his wife, Olivine Katherine Altizer, a son, James Ray Altizer, and a daughter, Marie Rupe. He is survived by his sons: Charles Olinger of Dublin, Robert Olinger of Pulaski, and George Davis of Pulaski: daughters; Danielle D. Goad of Pulaski, Elsie Austin of NC, Linda Olinger of SC, Reba Palmer of Floyd, and Brenda Sue Lamb of KY: brothers; Henry Lee Altizer of Pulaski, and Ellis Altizer of Dublin: sisters; Linnie Mae Rattclife of Martinsville, and Faye Kittinger of Dublin, and 20 grandchildren and numerous great-grandchildren, along with his loving pet dog, Jo Jo. Funeral services will be held on Tuesday, November 27, 2018 at Seagle Funeral Home at 2:00 p.m. with the Rev. Becky Wheeler officiating. Interment will follow in Oakwood Cemetery. The family will receive friends on Tuesday at the funeral home from Noon until 2:00 p.m.