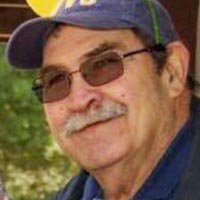 Dennis Clinton Altizer, age 74 of Draper passed away Thursday, August 15, 2019 at his home. Born July 19, 1945 in Welch, West Virginia he was the son of the late Alec Altizer & Delia Christian Altizer.

Dennis was a proud veteran of the United States Army having served his country in Vietnam. He was also a former staffer for U.S. Senator Jay Rockefeller and later worked as the assessor for McDowell County, WV. Dennis was very active with V.F.W. Post #8413 (Welch, WV) were he served on the honor guard. He was a member of the 40 & 8, a mason, a Shriner clown, order of the eastern star and the Royal Order of Jesters. He served on many other community service positions.

Memorial services will be held 11:00 AM – Thursday, August 22, 2019 at the Bower Funeral Home-Chapel, Pulaski with Rev. Jared Wood officiating. Interment will follow at the Southwest Virginia Veteran’s Cemetery, Dublin. The family will receive friends before service time Thursday at the funeral home.