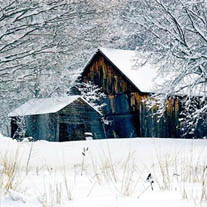 Jean Lloyd Sheppard Alls, 73, of Prices Fork beloved wife and mother passed away Thursday, December 28, 2006. She was born in Montgomery County, Virginia on March 31, 1933 to the late Lincoln Bently and Pansy Gladys Hutchinson Sheppard. She was also preceded in death by her husband of 50 years Alvin and a brother, Terrell Sheppard.

Funeral services will be conducted Sunday, December 31, 2006 at 2 p.m. in the McCoy Funeral Home Chapel with the Rev. Stan Thompson officiating. Interment will follow in the Roselawn Memorial Gardens, Christiansburg. The family will receive friends from 12 to 2 p.m. Sunday, December 31, 2006 before the service. Arrangements by McCoy Funeral Home, 150 Country Club Drive, Blacksburg.