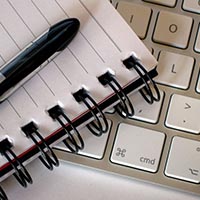 Mrs. Margaret Windle Allison went to be with the Lord on September 27, 2006 at her home in Draper, Va. She was a lifelong resident of Draper, except for a brief time spent living in Wythe County.

She was born in Pulaski County on November 17, 1925 and was the daughter of the late J. E. and Etta Windle. She was also preceded in death by her husband, William Wayne “Booty” Allison, an infant brother, three sisters, Mrs. Lois Quesenberry, Mrs. Elizabeth Roseberry and Mrs. Lola Dalton and by five of her six children, Cythia “Cindy” Allison, Randall “Randy” Allison, Keith Emmuel Allison, William Wayne Allison, Jr. and Alan “Ricky” Allison and by one grandson, Travis Quesenberry Allison.

Mrs. Allison was an accomplished writer, having had numerous articles and short stories published in her younger years. Later in life she wrote columns for the Southwest Times in Pulaski, the Enterprise in Wytheville and the Carroll County News of Hillsville.

She also had been a carrier for the Southwest Times for many, many years. She was an avid reader and continued her love for writing throughout her life. She also had been highly involved with the family business of 35 years, Windle Grocery in Draper.

She was a graduate of Draper High School and graduated with honors. She was also awarded several scholarships for her writing, art and high academics by several colleges. She later attended college with much success and joy.

She was an extremely intelligent lady and learning was always a pleasure for her. Mrs. Allison was very talented with crafts and art. She had painted numerous oil paintings, charcoal drawings and had delved in several other art forms. She had given great pleasure to her family over the years by sharing her art work with them.

She was extremely gifted in designing and creating beautiful afghans, using many different fabrics and methods. She was a lifelong member of the Draper Valley Presbyterian Church. She was a strong believer in the Lord and saw God’s love and beauty in all things, especially in her beautiful cats and other animals she loved dearly.

Surviving are one daughter, Ms. Alice A. Hensley, Bristol, Tenn.; seven grandchildren, Valerie Walling of Tennessee, Margo Armbrister of Pulaski, Melaine Trent of Christiansburg, Daniel Allison of Dublin, Rhonda Allison of Pulaski and Cass and Heith Allison of the Philippines; and six great-grandchildren. Mrs. Allison was very fortunate to have a very special nephew, Michael Quesenberry, who has been a great help and companion to her for the last several years; three nieces and one nephew, Elaine Quesenberry, Joan and Connie Roseberry and Rex Dalton.

Funeral services will be held Monday at 2 p.m. from the Draper Valley Presbyterian Church with Rev. Kenneth Pierce and Rev. George Freeman officiating. Burial will follow in the church cemetery. The family will receive friends from 6 until 8 p.m. Sunday from Stevens Funeral Home.