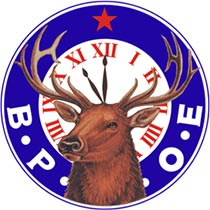 Robert W. (Capt.) Alley, 85, of Pulaski, passed away peacefully Saturday morning, September 1, 2007, at his home, surrounded by family and friends.

Bob was one of 11 children and was raised in the “Big Railroad” section of Pulaski. He was a 1941 graduate of Pulaski High School, playing varsity baseball and football. His toughness on the gridiron was punctuated his senior year when he lost some teeth due to a vicious tackle, but continued playing until a substitution could be made. After high school Bob lived in Wytheville, returning to Pulaski with his family in 1953 to work for Pulaski Building Supply.

Bob Alley was a fixture of the Pulaski business community. He was the general manager of Pulaski Building Supply and then Vance Home Center. Mr. Alley finished his career at McClung’s Lumber in Christiansburg. Bob was a former president of the Virginia Building Materials Association and former member of the Pulaski Rotary club. After retiring from the lumber business, Bob served as the warehouse manager for the S.H.A.R.E. program in Pulaski for many years. He served on the Board of Directors of Pulaski and Giles Mutual Insurance Company.

Capt. Alley, as he was affectionately known, joined the Pulaski Elks Lodge No. 1067 on June 15, 1962 and was followed into the lodge by his son and grandson. The Capt. served the lodge with vigor and distinction, holding the role of lodge secretary from 1991 until shortly before his death. Informally, the Capt. was the bedrock the lodge foundation rested upon. His Christmas eve eggnog gatherings at the lodge were an institution, as were the fishing expeditions he led, where someone always brought back a “whopper.”

Bob loved to dance and most weekends you could find him on the dance floor with his colleagues in the N.R.V. Singles Club, which he joined in 1985. Their group was the subject of a New River Current article, published February 8, 2004, featuring a picture of Bob on the front page dancing with his special friend Betty Davis. In the article they refer to him as the groups “troublemaker” as he was always quick with a joke or friendly tease.

Bob enjoyed his life and lived it to the fullest. He always had a ready smile and contagious laughter. His wit and good humor endeared him to all. He approached every endeavor with enthusiasm and vitality. In his last days, Bob often remarked that life had been good to him and how lucky he felt he was. He was at peace. God’s speed Capt.