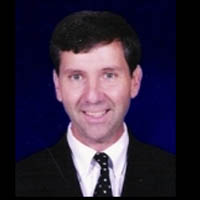 Due to his health, Terry retired from the Maintenance Department as Supervisor of Roofer for Virginia Tech after many years of faithful service to the school. In his spare time, Terry loved to ride his motorcycle, especially riding along side his wife Sabrina. Terry truly enjoyed traveling, in a drop of a moment, his bags were packed and ready to go, whether it was on land or water, he never missed an opportunity to see the world.

Terry was a people person and one that never like to miss a meal; he enjoyed food and having his Dr. Pepper. He was a member of Harbor Hope Pentecostal Church in Christiansburg, VA.

And to his extended family our appreciation, Hope Roop, Medi Home Health Hospice and the staff of Heritage Hall.

A time of gathering & sharing will be held Thursday from 4:00 PM until 6:00 PM at the Harbor of Hope Pentecostal Holiness Church. Burial will be on Friday at 10:00 AM at the Newport Cemetery at Newport VA. Serving as pallbearers will be Jackson Thorn, Danny Sowers, Bobby Owens, Pete Smith, Kevin Shrader & Trent Chinault. Honorary pallbearers will be Bobby Hale, Roger Wimmer, Johnny Fitts, Chris Stevers, Duke Sarver & Dwight “Digger” Shelor.

The Allen family is being served by the Memorial Funeral Directory & Cremation Center on the Athens Road in Princeton.