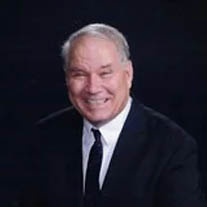 The Rev. Steve Allen, pastor of Centennial Christian Church in McCoy, Virginia went home to be with God on July 4, 2022. Mark Stephen (always called Steve) Allen was born on April 7, 1957, at Camp Zama, Japan, where his father was stationed in the army. His parents were James William (Jay) and Marjorie Jane Allen.

His parents divorced when he was very young, and he lived primarily with his mother in Cincinnati until he was 16 and then Baltimore until he graduated from high school. He knew from a young age that he was destined to be a pastor and committed himself to that goal. He graduated from Lynchburg College in 1979 and from Brite Divinity School in 1983.

In addition to churches served during his time in seminary, Steve faithfully served churches in Illinois, Virginia, Iowa, Colorado, Missouri, Kansas, and Kentucky. When Steve came to the little town of Ursa, Illinois to serve as their pastor, he met and married Rita Grimes, who became his partner in marriage and in ministry on August 30, 1986. Steve and Rita were blessed with three children: Brian (Moe), David, and Laura. He was active in local activities and regional church committees in the various states in which he served churches. He encouraged Rita to attend seminary and join him in a more formal manner in ministry with him. She graduated from Phillips Theological Seminary in Tulsa, OK in 2009—a happy memory for the whole family.

Steve loved learning; hence, he loved books and owned thousands. He was curious about many topics and tried to instill that sense of wonder in his children. He loved to travel, so there were many camping trips as a family, road trips to nearly every state in the country, and always many trips back to Illinois to spend time with Rita’s family. He wanted his children to have the chance to see many of the sites that he never had a chance to see as a child—The Grand Canyon, the Rocky Mountains, the Atlantic Ocean, and many others. He wanted them to experience history as part of the travel—even tracing the Lewis and Clark Trail all the way to Fort Clatsop in Oregon. When the kids were in high school, he enjoyed participating in school activities with them, often volunteering as a chaperone so that he could be with them during their various pursuits. He dearly loved to play bridge and other card games and continued playing bridge on the internet during his later years.

Steve loved music of all types—sacred, jazz, rock, classical, pop; he loved them all. He and his princess Laura would dance around the house to “Dancing Queen” by Abba. He enjoyed singing from an early age and sang with the Cincinnati Boy’s Choir. He also sang in community choral groups as an adult. He and Rita often sang duets together and enjoyed singing in the car while traveling.

The family knew that his devotional time was sacred and that he treasured that time with God. As his health declined, he turned to God even more closely for his source of comfort and peace. He is no longer suffering. He has fought the good fight, and heaven is his reward.

He is survived by his wife Rita of McCoy, VA, sons Brian of Lawrence, KS and David of Kansas City, MO, and daughter Laura (Kit) Romero of Snyder, TX, a brother Michael (Stephanie) Allen of Albuquerque, New Mexico, and a sister Kathy Wicklund of Bakersfield, CA, sister-in-law Bev (Wayne) Dedert of Quincy, IL, brother-in-law Kent (Susan) Grimes of Speedway, IN, sister-in-law Judy Allen of Escondido, CA, and numerous nieces and nephews. He was preceded in death by his parents, his in-laws (Maurice and Jean Grimes, whom he loved like parents) and a brother Bill.

A memorial service is planned for 3 pm Friday, July 8, at Centennial Christian Church, McCoy, Virginia, with a meal following. There will be a burial/funeral service in Ursa, Illinois at a later date.