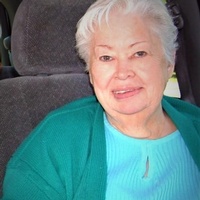 Joan Karen Wright Allen, age 73 of Newbern, passed away Monday, December 3, 2018 at Roanoke Memorial Hospital. Born December 29, 1944, she was the daughter of the late Jesse Wright and Bertha Ramsey Wright. She was preceded in death by her husband of 38 years, Samuel Gene Allen, her sister, Dona Lane, and brother, Chester Wright.

She is survived by three children, Linda Roop of Wyandotte, MI and son-in-law, Sam Roop of Newport, VA, Laura Kobza- and son-in-law Randy of Salem, VA, and Samuel Gene “Donald” Allen- Newbern, VA and daughter-in-law, Lorrie Allen of Christiansburg, VA. Her grandchildren are Lincoln Roop and wife, Shelby, of Pittsburgh, PA, Darrell and Joshua Allen of Christiansburg, VA, and Evan and Alaina Kobza of Salem, VA. She is also survived by her brother, Clayton Wright and wife, Vernice of Ft.Lauderdale, FL and three treasured friends, Darlene Jones, of Pulaski, Betty Fanning, of Phoenix, AZ, and Iris Williams of Dublin.

Joan was a joyful person who delighted in bringing a smile to those with whom she came in contact. While growing up her children remember Mom’s beautiful singing as she went about her tasks. In later years they had the shining example of Mom’s tender care for Dad throughout his extended illness.

The family will receive friends Thursday from 10:00 am until service time.
Bower Funeral Home, Pulaski is handling arrangements for the family.