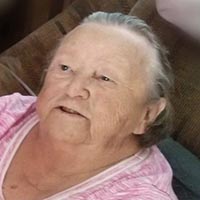 Aletta Jean Wilson Allen, age 74, passed away on Wednesday, June 3, 2020, at the Lewis-Gale Montgomery Hospital in Blacksburg, VA. Born November 8, 1945, in Bozoo, WV, she was the daughter of the late Alex F. Wilson, Sr. and Sallie Jane Stanton Wilson.

Aletta was of Pentecostal faith and attended the Lindside Christian Church. She was a devoted homemaker and a beloved mother, grandmother, great-grandmother, and sister who will be greatly missed.

In keeping with Aletta’s wishes, she will be cremated. A memorial service will be held at a later date. Online guestbook can be signed or condolences may be sent to the family at www.broyles-shrewsbury.com. Arrangements by Broyles-Shrewsbury Funeral Home, Peterstown, WV.