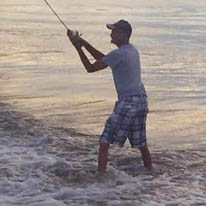 Wayne Allard, 70, of Floyd, Va., finished his journey on earth on Friday, August 5, 2022. He has begun his journey in heaven after a courageous battle with cancer. Wayne was born in Norfolk, Va. on September 4, 1951.

Memorial Services will be announced at a later date. In lieu of flowers, the family requests that contributions be made to Crystal A. Parker, 340 Needmore Lane NE, Floyd Va. 24091, to help with funeral expenses.