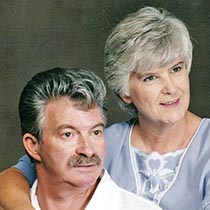 He was a chemical machine operator for Magnox. After retirement, Bill just wasn’t ready to stop working so he joined the maintenance crew at Claytor Lake State Park, where he continued to work until 2018.

In addition to his parents, he was preceded in death by his wife, Ivy Repass Aldridge; one sister, Alma Repass; four brothers, Elmer Aldridge, Ervin Aldridge, Henderson Aldridge Jr. and his twin brother, Paul Aldridge.

The family requests donations be made to American Cancer Society and the Joan & Howard Woltz Hospice Home, both of which take online donations.

Moody-Davis Funeral Home is serving the Aldridge family. Online condolences may be made at www.moodyfuneralservices.com.