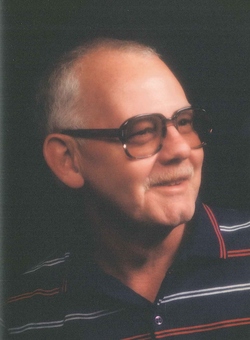 Robert Ray Alderman, 75, of Radford, passed away Sunday, January 26, 2014. Bobby worked many years at both Lynchburg Foundry and Federal Mogul but his favorite job was being a self-employed golf club builder and repairman. He was a member of Central United Methodist Church and a U. S. Army veteran. He was preceded in death by his mother, Mildred Hill Alderman, father and loving step-mother, Clarence Ellis and Emma Thornton Alderman, daughter, Cynthia Dawn Alderman, and son, Craig Alan Alderman. Survivors include his loving wife of 52 years, Barbara Johnston Alderman; son Robert Cameron Alderman and Angela Roberts and her children Ashley and Wesley of McCoy; daughter and son-in-law, Christina Rae and Timothy Dale Catron of Wytheville; granddaughter, Caysey Laken Catron; step-granddaughter, Sarah Elizabeth Catron of Draper; step brother and sister-in-law, Columbus Melvin “Skeeter” and Natalie Anderson of Lexington, KY; brothers-in-law and sisters-in-law, Andrew V. and Elizabeth Johnston of Oxford, OH, Ted and Joyce Carre of Baltimore, MD, Randy and Fay Conner of Bainbridge, OH, Dick and Pat Johnston of Morgantown, WVa, Bobby and Gay Johnston of Prospect, Douglas and Brenda Johnston of Princeton, WVa, and Steven and Mary Ann Cox of Mesquite, NV; and many nieces, nephews and cousins. Funeral services will be held Tuesday, January 28, 2014 at 1:00 pm at Central United Methodist Church in Radford with Rev. Don Shelor officiating. Entombment will follow in the Highland Memory Gardens Mausoleum in Dublin. The family will receive friends Monday evening from 5:00 pm until 7:00 pm at the Mullins Funeral Home in Radford. In lieu of flowers, the family requests that contributions be made to the Central UM Church Youth Ministry, 803 Wadsworth St., Radford, VA 24141 or the charity of your choice. The Alderman family is in the care of Mullins Funeral Home in Radford.